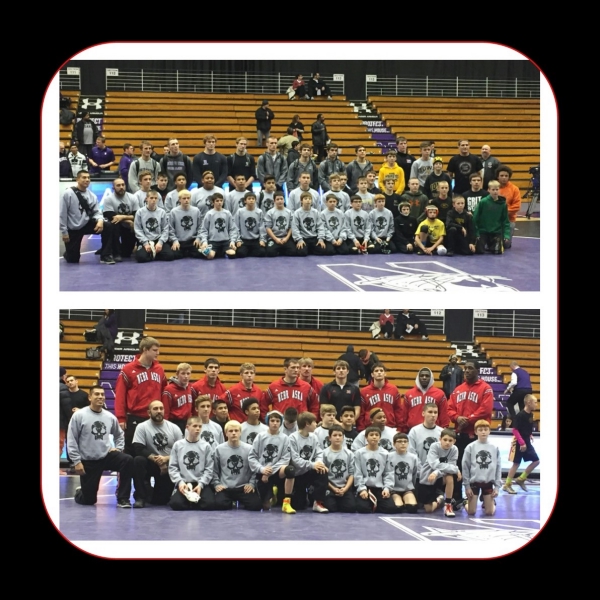 The Bolingbrook Junior Raiders defeated one of the top clubs in Iowa this past Friday night 45-24. Conor Smetena got the night rolling by pinning his opponent, we dropped the next 2 matches to make the score 9-6 DC Elite. Anthony Schickel got us back in control by beating his opponent, Jimmy Pierandozzi and Dylan Burnoski also won to make the score 26-9. DC Elite won by fall at 101 and Jake Mensik, Jacob Dado, and Corey Sapp won in consecutive matches to make the score 36-15. David Delgado lost a close decision but Baylor Fernandes beat his opponent 6-2, and made the score 39-18 with 2 matches to go. Bolingbrook and DC traded Falls in the last 2 matches and the final score was 45-24. The dual was close after the 1st 4 matches but then the Raiders took over and never looked back! We had over 90 Raider supporters that came out and made the trip to Evanston! GO RAIDERS!